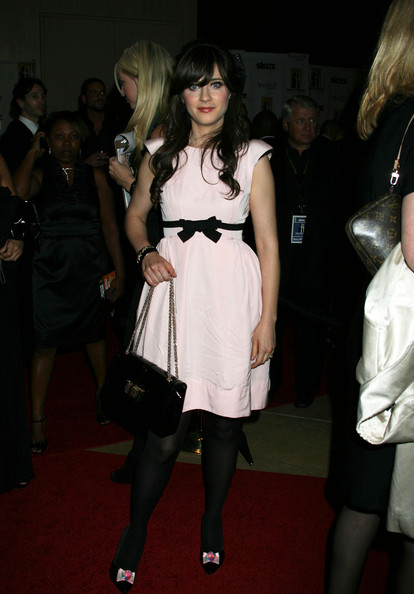 Zooey Deschanel is known for being a multi-talented performer. The star is a TV and film actress, a model, a singer, and a musician of several instruments. The entertainer was reportedly set to add designer to her long list of talents, by way of a deal with Steve Madden. Well… “designer” might be a stretch of title. Deschanel’s agent made a deal with the shoe company that the actress would be the face of a new line of shoes. Apparently, however, the deal was only by verbal agreement and the company backed out of the arrangement. Now the actress is suing Steve Madden for a reported $2million. images via zimbio.com It makes us wonder what the shoes would have been like, if the deal had moved forward. Deschanel’s style is typically on the frilly side of very girly – not overtly sexy, and a little bit old-fashioned. See above an ornate pair that she wore to a recent Hollywood event. Which of these from the current Steve Madden inventory do you think would have suited Zooey’s line?