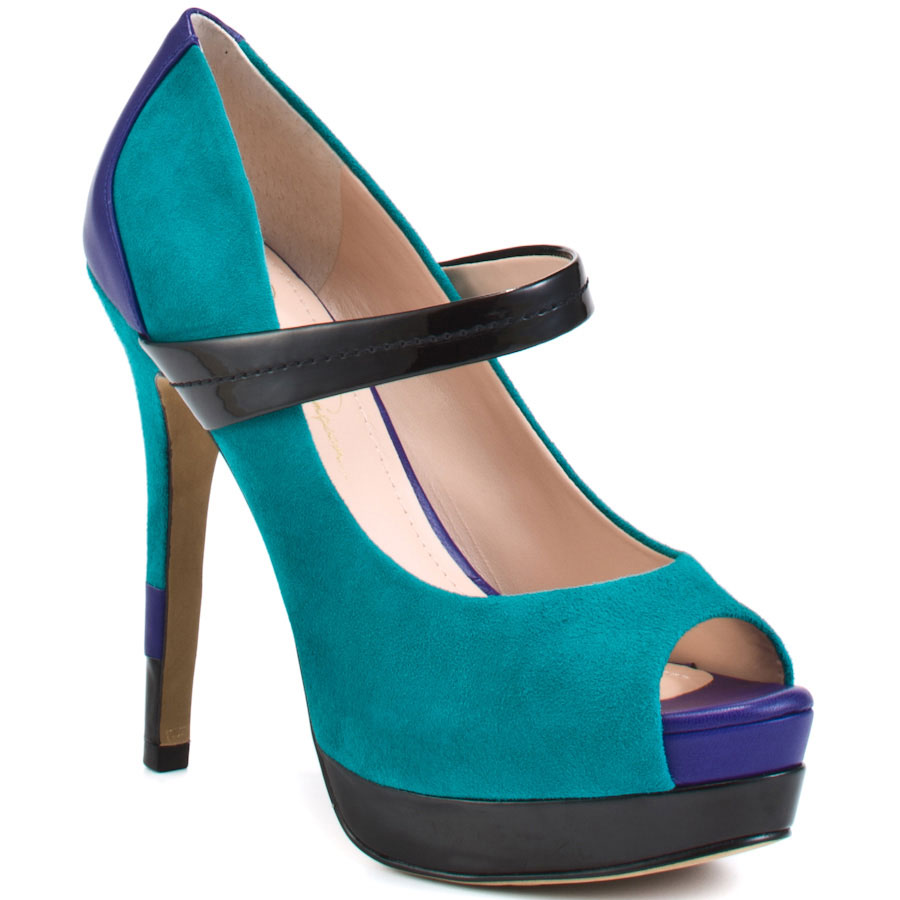 The new look Ely in jungle green kid suede from Jessica Simpson (via heels.com) is a far cry from the original Mary Jane styles of a hundred years or so ago. For a start, those shoes were flat, usually made of shiny black patent leather and worn, almost invariably, by children.

To trace the origin of Mary Janes we need to go back to 1902. That year, a comic strip called Buster Brown first appeared in the New York Herald. The strip, written by Richard F. Outcault, was about the adventures of a boy – the mischievous Buster Brown — his dog Tige, and his sister Mary Jane.

The strip was very popular and quickly gained a national following. In 1904 Outcault was marketing his comic strip at the Saint Louis World’s Fair. There he signed some licencing deals to promote Buster Brown mechandise, including one with the Brown Shoes Company. One of the shoes produced under that arrangement was a flat, blunt-toed, single strap shoe named for Buster Brown’s sister – the Mary Jane. Fashion never rests though, and even from the early days designers were adding heels to the classic Mary Jane design. However it was in the 1990s that the style really achieved resurgence and at the same time the heels popped up to the 4, 5 and even 6 inch designs we now know and love.

Today the defining feature of a Mary Jane may have remained the single strap running horizontally across the body of the shoe. Nonetheless the classic flat black patent Mary Jane has well and truly evolved into a heel-lover’s dream, with all kinds of different colours, materials and heights (with or without chunky platforms) now available and here to stay.