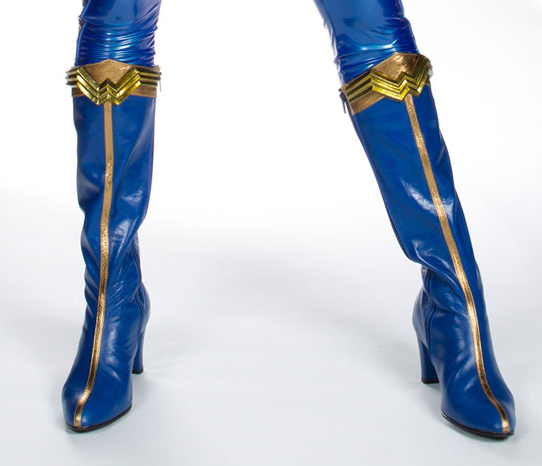 Comic and movie fans having been waiting with excitedly for the first glimpse of the upcoming reprise of Wonder Woman. But makers of the flick were surprised at the backlash that ensued with photos of the character’s new millennium costume were reveal. See the first version of the costume below on the left, featuring shiny pants and – you guessed it – high heels!

Though we at High Heels Daily think these boots hardly even qualify as “high,”fans complained that it was unrealistic for Wonder Woman to wear heels while performing her amazing feats (they also hated the shiny pants). So the show’s costume department revisited the look and replaced the heeled boots with flat red versions.

As far as we’re concerned a super hero should be able to handle a pair of heels, even while being super! … oh well.