For the next installment of the High Heels Daily designer feature series we thought we’d switch gears a bit and and focus on a different kind of designer perspective. We love chatting with new brands on the rise, but we also recognize that our love for more established labels is driven by behind-the-scenes designers whose names you may not know, but whose designs we all admire.

One such designer is women’s footwear designer Ra Synclair. I was very kindly introduced to Ra by our friends Kim & Marc of Auri Footwear. The New York City-based designer currently works for Jimlar – an umbrella footwear corporation, which includes brands like Calvin Klein, Coach, and Frye. She told me a bit about the difference between designing for clients and designing for her own tastes:

Even on paper high heels are sexier and more fun to me to draw; the lines, the architecture of a high heel are “it!” Although, flats are a challenge in a different way because I think it takes a different eye and sense of creativity to make a flat sexy, or fun, or sophisticated. I’m a high heel girl to the core, however.

Ra earned a BA in Architecture and Studio Art from Smith College in Massachusetts, then went on to study Footwear Design at the Fashion Institute of Design and Merchandising (FIDM) in Los Angeles. Her education also included working with a shoe repairman, where she learned, hands on, about the materials, history, and process of shoe-making. Being well aware of her love for shoes since childhood, Ra engaged her goal of being a footwear designer with vigor and worked her way up from being an intern then product coordinator at Brown Shoe Co. before landing her current gig as Women’s Private Label Designer at Jimlar. Living and working in a “walking city” like New York has encouraged this high heels lover to make some footwear compromises:

My daytime footwear has changed drastically and I now look for a heel, platform, or wedge with a pitch that stays within a 75-90mm range, that’s like 3, 3 1/2 inches. And I think there are tons of designers out there embracing that. Givenchy lately has been doing some beautiful mid heels, I just recently bought the perfect Prada platform which looks sky high but really isn’t and I can walk in it all day… For night though it’s all taxi cabs so I can strut from the curb to the door in the highest of the high and dance all night.

See Ra’s trusty pair of Prada’s above, which she featured recently on her blog 6 Pairs, 12 Steps. On the blog the designer shares some of her shoe loves, inspirations, and sketches. We’d love to see the below design, which features a “self covered heel with sliver of ‘mirror’ at center back” go into production. Ra’s dream job is to one day run her own line, and when she does we’ll be first in line to try them out! 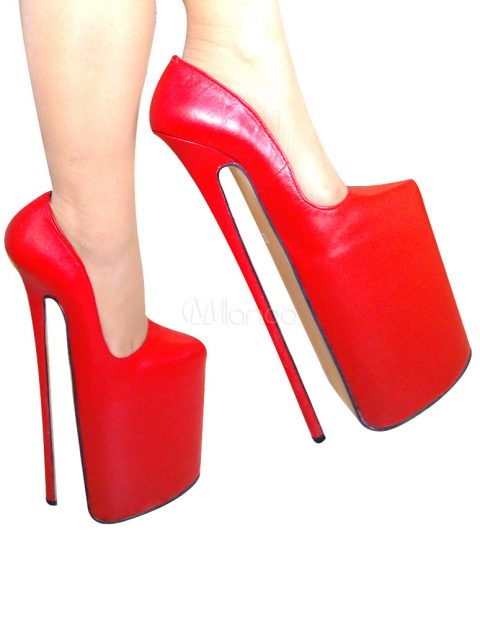 6 inch stilettos were so last year: are 12 inch heels the next big thing? 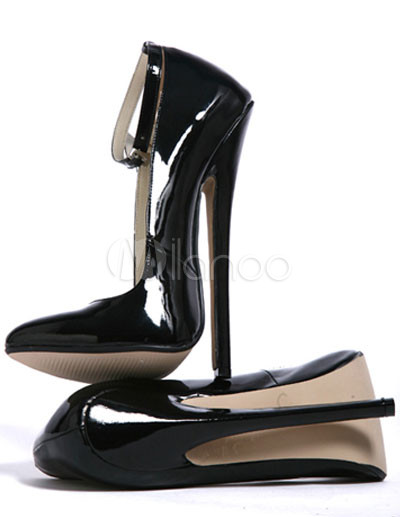 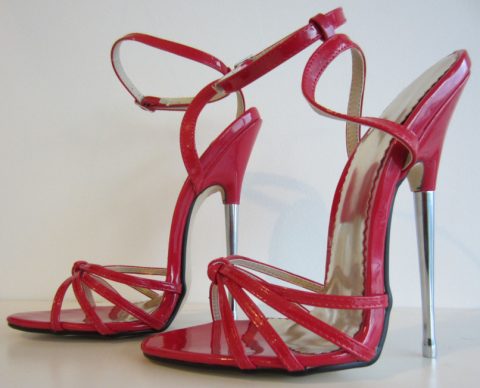 These heels are impossible to walk in. You’ll want to buy them anyway.