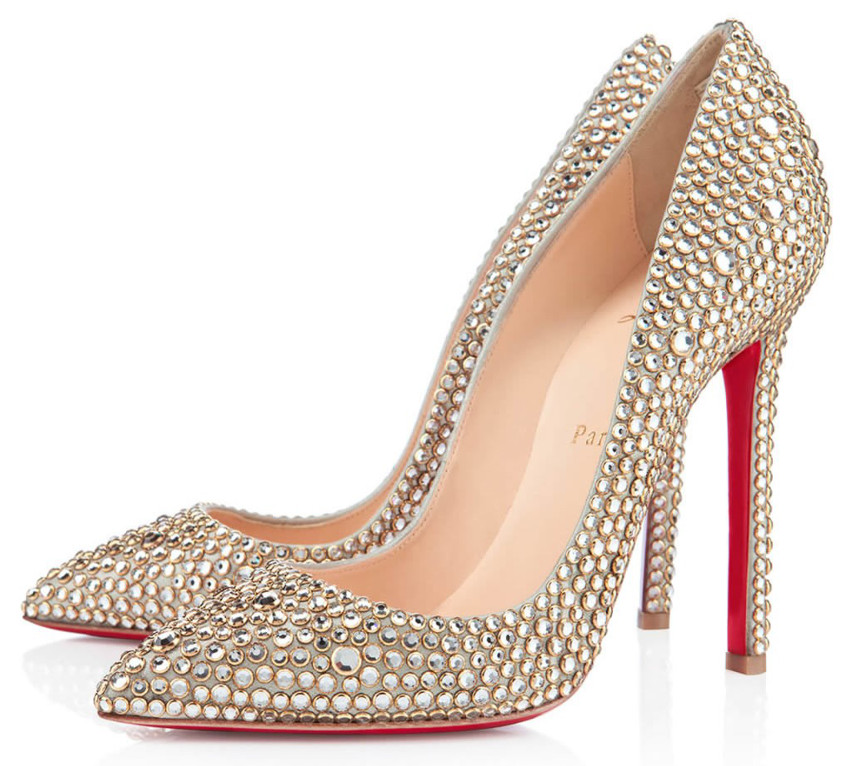 We’ve often covered Christian Louboutin’s iconic Pigalle pump on this website. The low-cut high-heeled pump is a classic, so much so that in 2010 Louboutin described it as “the design that encapsulates my career.”

The shoe has long been available in its original form of black with a red sole, and that version retails for around US$625 (if you can get your hands on a pair). But the designer has created plenty of variations on the theme too, some of them very expensive.

The most expensive Pigalles we can find right now are these gold ones in crystal ring strass (also known as rhinestone). Each piece of crystal on the 5 inch heels is surrounded by a golden ring. Right now only one size is available, a 38.5. And the price? A mere $3,395 from the Christian Louboutin website.

If you’d love a really special Pigalle but don’t have over three thousand dollars at your disposal then perhaps the spiky Pigalles pictured above might do. This black nappa (sheep’s) leather version of the classic Pigalle is covered in silver, rhodium, black and pale-gold spike studs.

A pair will cost about twice as much as an ordinary pair of Pigalles, but only half as much as the strass version. We found these Pigalle spikes at net-a-porter.com for $1,295.