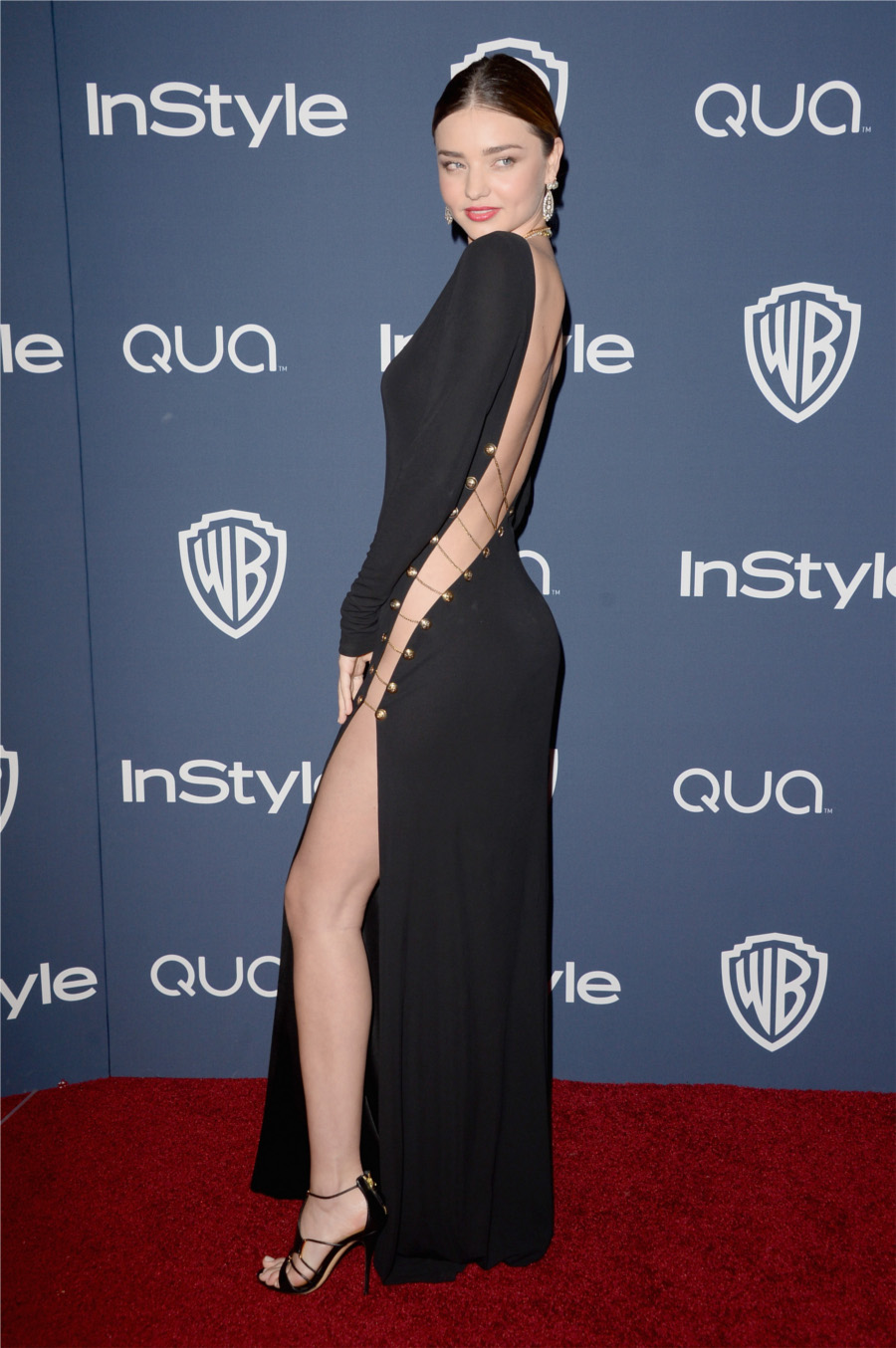 Australian supermodel Miranda Kerr started the year on the right foot by stepping out in new season black leather high heeled sandals from Casadei. The Casadei label is a real celebrity favorite, and these evening sandals are perfect for walking the red carpet. In this case Miranda was photographed heading to the Golden Globe Awards after party in Hollywood California.

The Golden Globes is just another day in the life for a model whose star has risen higher and higher in recent years: so high in fact that in 2013 Miranda was named by Forbes Magazine as the world’s second highest earning model. Forbes’ earnings estimate for Miranda Kerr to June 2013 was $7.2 million, propelling her up the rankings from the seventh highest earner in 2012. She still has a way to go to catch the world’s highest earning model though: Forbes estimates that Brazilian beauty Gisele Bündchen pulled in a cool $42 million in the same period.

Miranda’s shoes are called  Trikini from Casadei’s Spring / Summer 2014 collection. The sandals are made in Italy of a supple black nappa leather with gold hardware detailing, and fasten with a zip fastener at the back. Trikini has a 3.9 inch leather covered stiletto heel and retails from Casadei’s website for €660.