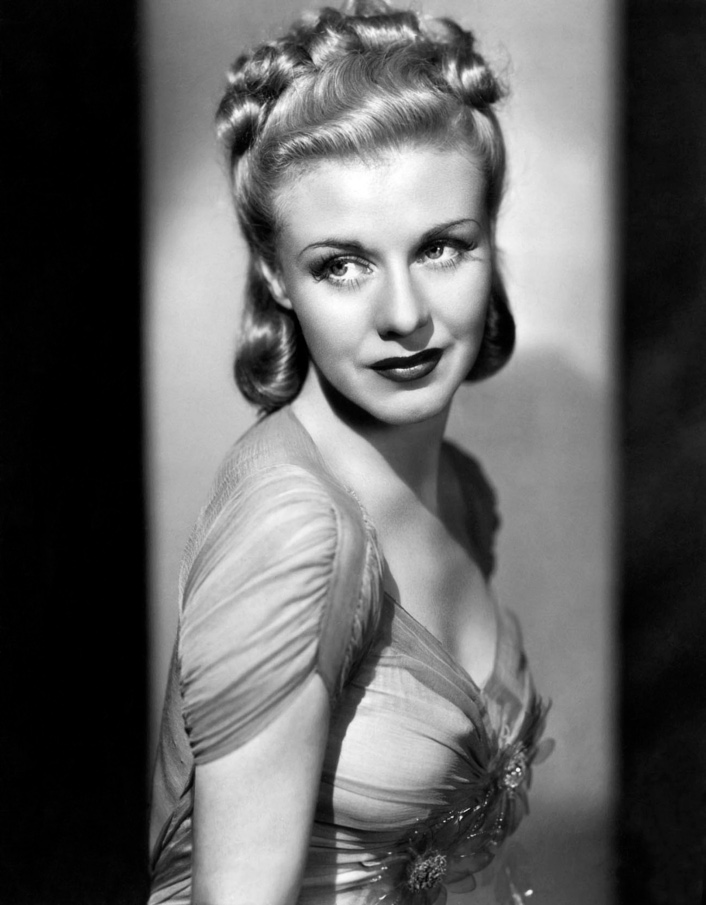 Cartoonist Bob Thaves in fact said it first, in a Frank and Earnest comic strip published in 1982.

Although Thaves is generally regarded as first to publish the line, former Republican politician Faith Whittlesey is probably responsible for starting to popularise it.

In 1984 the White House official spoke to a gathering of 450 Republicans at a breakfast reception in Pennsylvania.  There, Reagan-devotee Whittlesey told the group she is often asked what it is like to be a woman in the White House:

Whittlesey’s audience might have been an appropriate one, as both Ginger Rogers and Fred Astaire were firm Republicans!

However, the quote was famously used on the other side of the political fence as well.

On 19 July 1988 former governor of Texas Ann Richards  used the line in her keynote address at the Democratic National Convention. Like Whittlesey, Richards was also speaking about the abilities of women in politics. She said:

Neither Whittlesey nor Richards claimed the now-famous phrase as their own, although it is often still attributed to Whittlesey.

Richards in fact said she got the line from television journalist Linda Ellerbee who said she heard it from a fellow passenger on an airplane!

Hilary Clinton does everything backwards and in high heels too

For better or worse, the “backwards in high heels” meme has endured in American politics, including on the Democratic side.

In 2008, Hilary Clinton said “It’s one of those Ginger Rogers and Fred Astaire things” when campaigning for Barack Obama to get the Democratic nomination for president, shortly after she ended her own campaign for the nomination.

The then-Senator Clinton was referring to their morning routines as they were campaigning against each other: “Barack would get up faithfully every morning and go to the gym. I would get up and have my hair done,” she was quoted as saying at the time.

At the Democratic National Convention in 2016, President Obama reflected back on the 2008 Democratic primary battle and returned the favor, saying:

She was doing everything I was doing but just like Ginger Rogers, it was backwards in heels.