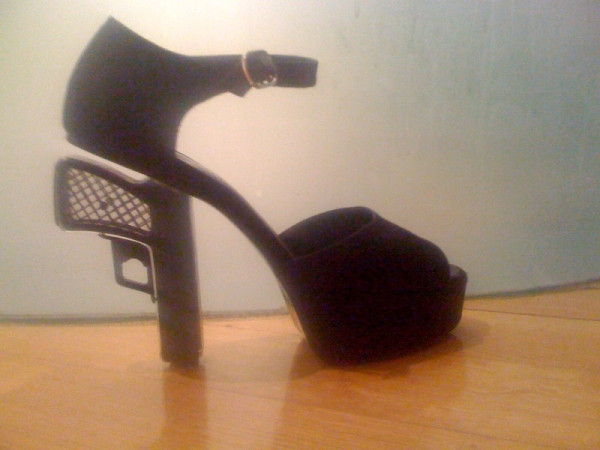 It’s not the first time the gun heels have caused controversy. Five years ago Madonna rather predictably copped ire from a number of anti-violence groups for wearing the gun heels to the screening of her firm “Filth and Wisdom” in New York City.

The gun high heels – called “Miami Vice” – were designed by Chanel’s shoe designer Laurence Decade for the label’s Cruise 2009 collection. Decade apparently created the heels on the instructions of Chanel’s creative director Karl Lagerfeld who found the inspiration for them in an image of a gun he saw.

Then, as now, the satin pistol heel shoes certainly garnered their owner plenty of free publicity, and in Tara’s case she didn’t even have to wear them. If she was annoyed by her arrest she certainly didn’t show it on Twitter. In a follow up tweet the socialite even claimed she spent her time in custody playing backgammons with the cops for 7 hours.