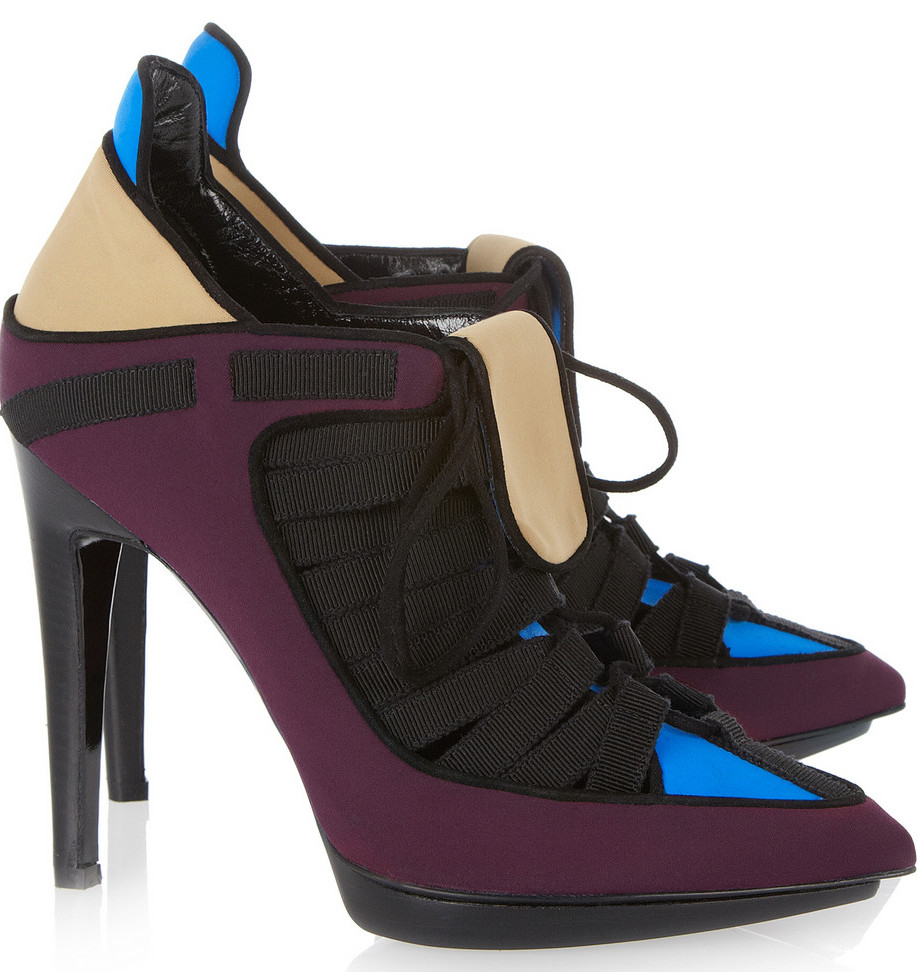 These color-blocked designer booties look a touch like high heeled sneakers, but you probably wouldn’t want to go jogging up the street in a pair. They’re Pierre Hardy’s new lace-up ankle boots, made of neoprene – the same kind of flexible rubber used in wetsuits. In purple, turquoise and beige, with a 5 inch heel and suede trim, they’re new to net-a-porter for £831.60.

If you think you’ve seen neoprene used in a designer high heel before then you’re right: Christian Louboutin used the material a year or so back. Louboutin didn’t stop at replicating a sneaker though: his heels went the whole way though with the dive concept. Louboutin’s yellow “snorkeling” dive booties created a huge splash when the designer unleashed them, but they’re currently sold out.