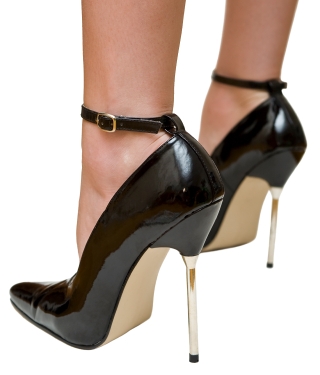 Fake shoes and clothing have topped a UK survey undertaken last month which asked consumers about the types of counterfeit goods they might buy.

First, the good news: of the 2,081 respondents, a substantial 65% said they had never been tempted or bought a counterfeit product and 66% said they would not buy one in the future.

The most popular reason these people gave for why they would not buy fakes was that the fakes may be poor quality and won’t last long. Also of concern were “knowing that people who sell them are often part of organised crime gangs” and the fact that fakes may be unsafe to use.

The most popular reasons people gave for buying counterfeits were “they are cheaper than genuine products” and “I have less money to spend due to the recession so can’t afford the real thing.”

When asked to nominate which categories of counterfeit products respondents would consider buying or would be happy to receive, the top results were shoes and clothing (14%), watches and jewellery (11%) and DVDs/ CDs/ computer games (11%). 77% of respondents chose none of the 8 categories.

With the high cost of designer shoes, counterfeit “knock offs” can readily be found on the internet for a fraction of the price, with new sites and counterfeiters popping up as older ones are hunted down an closed. According to the International Anti-Counterfeiting Coalition counterfeiting is a $600 billion a year problem which has grown over 10,000% in the past two decades.

The survey was conducted by YouGov and the full results can be found here.