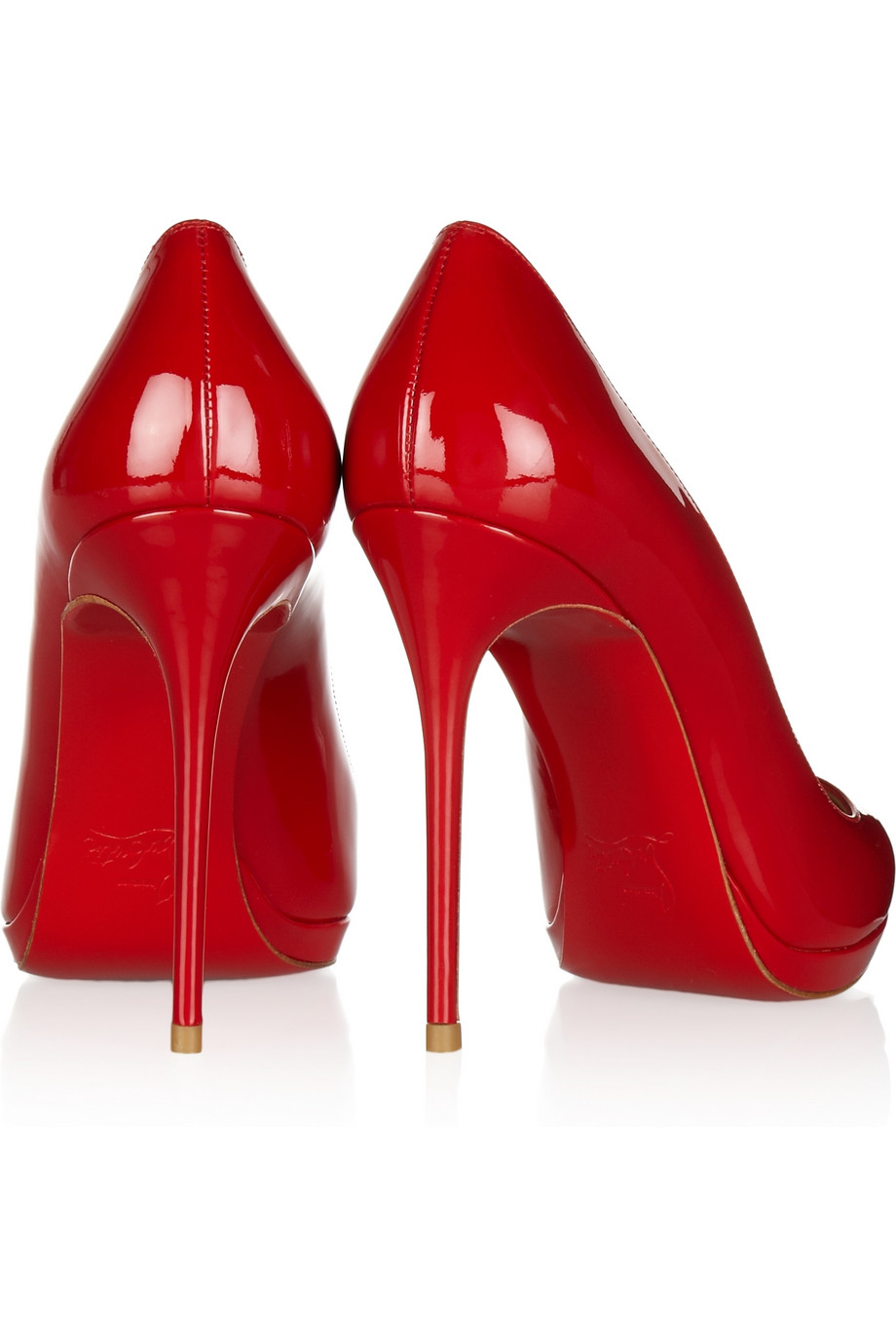 Christian Louboutin has a valid and enforceable trademark in his red soles, so the United States Court of Appeals for the Second Circuit has found this week. After hearing argument in an appeal filed by Louboutin in his litigation against Yves Saint Laurent, Circuit Judges Cabranes, Straub and Livingston reversed an earlier decision of the District Court that found that a single color could never serve as a trademark in the fashion industry.

However, there was a catch. The judges found that Louboutin had an enforceable trademark in his red soles only where the use of the red lacquered outsole contrasted with the color of the adjoining upper (for example, black high heels with red soles). The Second Circuit affirmed the District Court’s decision insofar as it refused to find that “monochrome” shoes (ie shoes where the outsoles were the same color as the shoe itself) infringed Louboutin’s trademark.  That means that high heels like Louboutin’s red Filo patent leather pumps above (£408.33 from net-a-porter) do not receive trademark protection.

The court case had begun in 2011 when YSL prepared to market a line of monochrome shoes including an all red version. The upshot of the appeal decision is that YSL is free to market its monochrome red shoe, but that the court has confirmed that Louboutin has effective trademark protection in respect of the use of the red sole with a contrasting (ie non-red) upper.

The judgment of the court referred to other instances where a single color had held to be capable of trademark protection, such as pink insulation batts and yellow taxi cabs. The judges stated that that there was no per se rule that governed the protection of single-color marks in the fashion industry any more than it could do so in any other industry. The appeal court found that the District Court judge’s finding that a single color could never serve as a trademark in the fashion industry was erroneous and inconsistent with a prior decision of the Supreme Court of the United States.

The appeal court held that the contrasting red soles met the required test for “distinctiveness” because they had acquired, through use, “secondary meaning” in the public eye. Secondary meaning is acquired when in the minds of the public, the primary significance of a product feature is to identify the source of the product rather than the product itself.

In considering this question, the appeal court referred to the extensive evidence of Louboutin’s advertising expenditures, media coverage and sales success. It found that Louboutin had demonstrated that, in his contrasting red soles, he had created a symbol that had gained secondary meaning that caused it to be uniquely associated with the Louboutin brand.

As further evidence of the notoriety of the brand, the court referred to the confiscation last month of over 20,000 fake Louboutins that were illegally shipped to the United States. The judgment described the seizure as an “example of the interest of plagiarizers in “knocking off” Louboutin’s mark.”

You can read the whole decision of the Second Circuit in Christian Louboutin S.A. v. Yves Saint Laurent Am. Holding, Inc here.