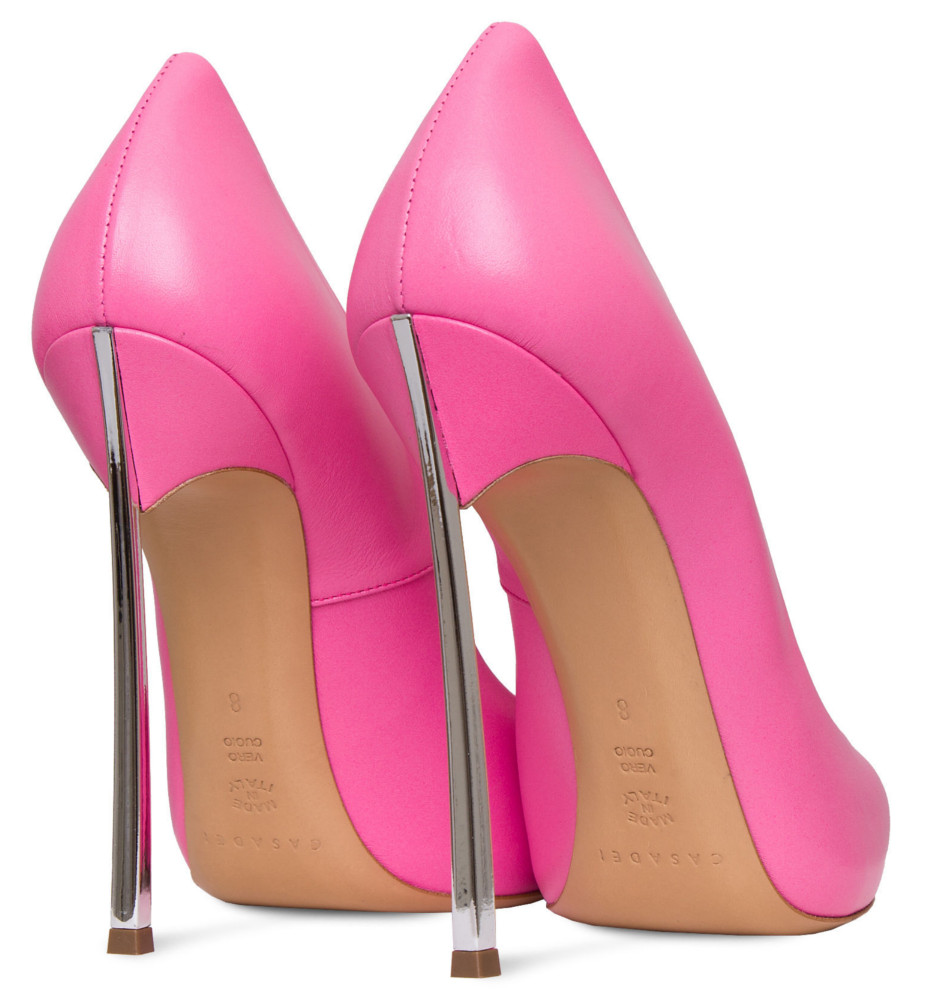 Cesare Casadei’s curved metal “Blade” pumps are both a genius of engineering and a fashion masterpiece.

Both feminine and pointed, the “blade heel” on which the shoe sits really is a sharp, steel razor blade. In the same way that the Charlotte Olympia platform has come to define that brand’s shoes, or the Alexander McQueen armadillo heels have allowed McQueen’s legacy to live beyond the grave, Cesare Casadei’s blade heel has become the label’s signature tune.

Casadei is already describing his blade heel as “iconic.”

How Casadei’s blade heels are made

Launched in 2011, the ‘blade’ heel is a stiletto heel made of real steel. The shoe took literally years of research to get right, and the blades are individually handmade, one by one, by shoemakers in the label’s Italian factory.

After being honed to the point where they look like a sharp razor blade, the heels are then individually “welded” to the upper soles of shoes by a leather sheath.

The process was so difficult that the designer described it as an “obsession.” In fact the blade heel nearly didn’t happen at all. The successful end-product was Casadei’s last try at creating the steel stiletto.

“Nobody did it before us. After five months I thought it was impossible,” Casadei confessed in February 2014.

Shortly after its creation, the blade heel was popularised by Kim Kardashian, who tweeted that her pair were the “perfect hot pink heel” in April 2012.

Other celebrities followed and Casadei’s blades have since been seen on all the usual suspects: Kylie Minogue, Eva Longoria and Victoria Beckham have all stepped out in the shoes.

In March 2014 HIMYM actress Cobie Smulders  wore a pink pair to the premiere of Captain America: The Winter Soldier at the El Capitan Theatre. For Fall / Winter 2013-14, Casadei reinterpreted the blade heel, making it into a wider golden column shape named the “BladeOne” (pictured above). In August 2015 Casadei announced the launch of “Casadei Blade Bespoke”, a project that offered complete customisation of the Blade pump. Every detail could be chosen, from the height and colour palette of the heels, to the materials for the uppers, the lining and the piping.

Customers could even add embellishment in glitter or with Swarovski stones.

The service was exclusive to Harrods Department Store in London and took two months to complete a bespoke pair of Blades.

Each customer’s initials were carved on the soles and – as well as the shoes themselves – the customer also received a Polaroid of their indivually crafted Blades signed by Cesare Casadei. For the Spring/Summer 2016 collection, Casadei moved away from the original simple pump and added a Mary Jane to the Blade lineup, saying that “mirrored metal adds sparkle to the gleam”. An ankle strap pump also formed part of the 2016 Casadei Blade offering. And in 2017 a bridal Blade collection followed.

Blade high heels in 2020 and beyond In 2020 and beyond, Casadei’s Blade pumps continue to be an iconic high heel.

The blade shape itself may have started on pumps but it has rapidly now expanded to be seen on Casadei boots, sandals and other shoes – even wedges!

The most recent offering is Blade in Jungle Love material, a patent leather with a 3D leopard print in pop colors, intended to create a retro 1970’s effect.

One thing is for sure: both imagined, and reimagined, Cesare Casadei’s Blade heels will be around for a long time to come.

If you enjoyed this article, please check out our write-ups of some other modern classic high heels below. 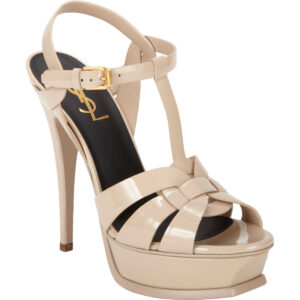 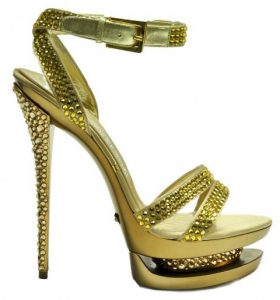 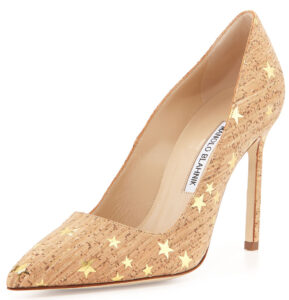 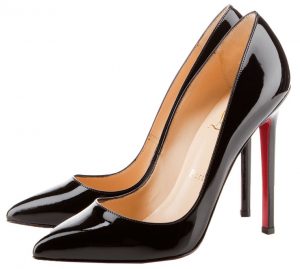 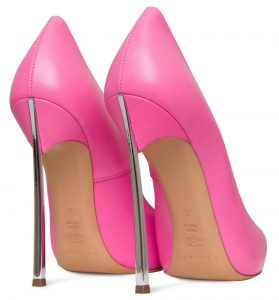 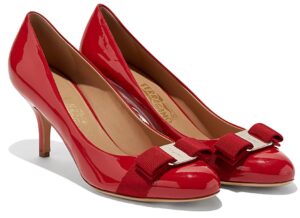 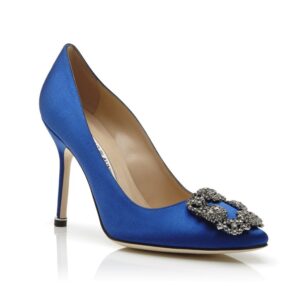 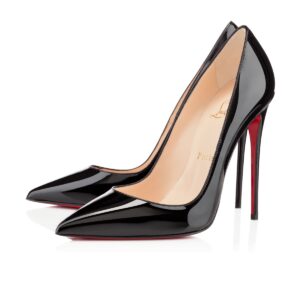